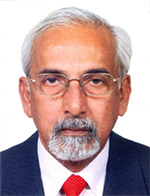 He presently holds the position of Co Chairman, DCG Data Core Systems (India) Pvt Ltd., a part of DCPL Group of Companies and subsidiary Data Core Systems, Inc US. He is also an active member of the Governing Bodies of Saroj Gupta Cancer Research & Hospital, Thakurpukur and Aurobindo Seba Kendra Hospital. He is also the Partner, Sengupta & Roy, a firm of Chartered Accountants.

In his earlier positions he was the Ex CFO of PwC, VP (Finance) and Stone India Ltd. a Duncan Group of Companies.

He was also the Ex Chairman,  American Chamber of Commerce ( Eastern Chapter) and Ex Chairman Eastern India Regional Council of Institute of Chartered Accountants of India.

Shourya Mandal is a partner of Fox Mandal, one of the oldest and largest law firms in India with 9 offices all over India and in London with more than 350 lawyers. He is enrolled as an Advocate in India and also qualified as a Solicitor of the Supreme Court of England. He is a former Chair of the Banking, Finance & Securities Committee of the Inter Pacific Bar Association.

He is an active member of the American Bar Association (ABA) and contributed in various publications of the ABA. He has been named in the International WHO’s WHO of Real Estate Lawyers published in association with International Bar Association. He has been named as a leading individual in the field of Corporate/ M&A law by the Asia Pacific Legal 500 for many years. He is the past Regional President of East India Council of Indo American Chamber of Commerce (IACC) and has just completed a successful year as the IACC National President in 2012-2013. 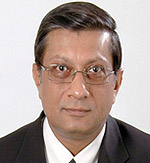 Joydeep Datta Gupta is a Senior Director with Deloitte Touche Tohmatsu India Pvt Ltd. His experience spans business strategy, human capital consulting, process improvement and IT implementations.  He has led several large and complex business process re-engineering and ERP implementation assignments with leading companies around the globe. He has worked as a consultant in the US,UK, Europe, Middle East, Mexico and the Indian sub-continent. His clients include Fortune 500 companies as well as Indian business houses and governments. Joydeep and his team help clients benchmark themselves with the leading global companies and improve their performance in the areas of finance, supply chain, human resources, information technology, and customer relationship management. Joydeep is also the Past President of Calcutta Management Association and a member of various committees of various chambers of commerce and social organizations. 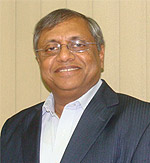 Mr. Gupta is a mechanical engineer with over 30 years mining industry experience, primarily with international Mining Equipment companies and involved in bringing in new technology into India. Earlier he was the head of India operations of P&H Mining Equipment, USA a Joy Global Inc., a company engaged in manufacturing, sales and service of large mining machineries. Mr. Gupta is a member of various social and professional organizations viz. CII, Bengal Chamber of Commerce & Industry, and Rotary International, etc.
Mr. Gupta’s wife is a teacher at a leading school in Kolkata, and their daughter, who specialized in Human Rights & Refugee Law, is currently a US Immigration attorney.

Mr. Gulshan Kumar Sachdev is the CEO of Quaker Chemical India Ltd., a subsidiary of Quaker Chemical Corporation of the US, a pioneer in the field of specialty chemicals. He is the man behind giving Quaker a strong foothold in India, responsible for all aspects of its steel and metalworking businesses throughout the country, and business expansion in neighboring countries. Mr. Sachdev continues to lead from the front, and is currently involved in setting up a state-of-the-art Quaker India manufacturing facility. He has over 30 years experience in managing various business processes focused on consolidation and diversification. Mr. Sachdev established the Kolkata Chapter of the American Chamber of Commerce (AMCHAM) India and served as its Founder Chairman from 2006 to 2009, and currently he is the National Vice Chairman of AMCHAM. Mr. Sachdev is Founder Chairman of United Way Kolkata.

Mr. Utpal Sengupta left Agro Tech Foods Ltd. (ATFL), the Indian affiliate of the US major ConAgra Foods, in April 2009 after 11 years as President & CEO. Before joining ConAgra and ATFL, Mr. Sengupta had worked for the consumer products giant Unilever in India and abroad for twenty-four years, holding a range of business leadership positions, as well as heading Corporate Planning, which comprised of investigating new growth opportunities. Utpal Sengupta is a past Chairman of the Andhra Pradesh state chapter of the Confederation of Indian Industries. A Mechanical Engineer from the Indian Institute of Technology, Kharagpur, he is an MBA Gold Medalist from the Indian Institute of Management, Ahmedabad. He is currently associated with several corporate bodies in India and abroad in an advisory capacity. He is also part of an organization that provides free accommodation and other support services to children suffering from cancer and their families. 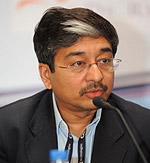 Ambarish has around 25 years experience in Consulting/Advisory and managing projects covering Strategy, Process, Technology, Finance and Organizational change. He has held positions in various Global Committees related to Technology and Non Technology Consulting of the PwC Global. He is a senior member of CII, Bengal Chamber of Commerce (BCCI), NASSCOM, Indian Chamber of Commerce, and the Immediate Past Chairman of AMCHAM – Kolkata Chapter. Ambarish sits on multiple advisory committees of the State of West Bengal and the governing bodies of Institutes. 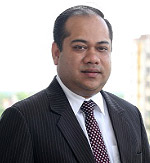 Debdas is the CEO of the technology services and products companies of the TCG Group. Before joining the TCG Group very recently, Debdas was an Executive Director and Partner with PricewaterhouseCoopers India (PwC).

Debdas has built several businesses in PwC including the Business Intelligence and Analytics business in India, which today is one of the largest Analytics practices in India. Debdas has also been responsible for bringing to life a large joint venture between various PwC network firms, which is based in Kolkata. This is PwC’s largest delivery center anywhere in the world.

Debdas is a B.Tech (Hons.) from IIT Kharagpur in Electronics and Communication Engineering. Debdas has also been an active contributor in leading journals and has been a speaker in many seminars in the US and India. Debdas has held various positions of importance in a number of Chambers of Commerce’s. His special interest is in social service and is involved in many activities which make a difference to society, including being a board member of the United Way Kolkata.