In 1986 Maradona took Argentina to the top of the world in Mexico City.
Further north in Nevada, Mike Tyson shocked the world after his TKO win against Trevor Berbick to become the undisputed world heavyweight champion. 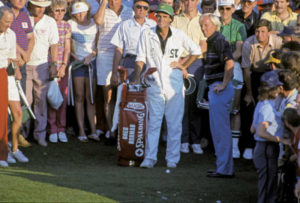 What many people in golf don't remember is the Great White Choke.
Four out of four times Greg Norman took a lead into the final day of all four of golf's majors and came out on top only once.
Dubbed the "Norman Slam", he was never the same golfer ever again. 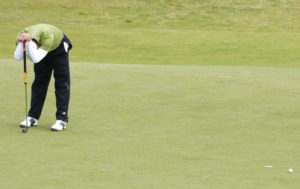 Golf's hard.
So why do I play golf? Why do I sacrifice weekends and holidays when I'd rather be watching a movie? Why is golf so hard? Why do you use so many different types of "sticks"? Why is it so boring? So slow?
Bear with me on a brief history of the sport.

History has its disputes on the origin of the game, with Nordic Europeans and Chinese alike claiming ownership, but we're not going to go into that.
Golf is essentially a sport played on a wide open ground, where the person who holes the ball in the least number of strokes wins.
To put an end to the equipment dispute, you can carry fourteen golf clubs at one go, which are cast in iron heads and iron shafts (or graphite), molded into different angles helping to hit the ball different distances and heights.
The vastness of the Rules of Golf makes knowing it, the equivalent of a three-year law degree (though many would agree that they are perpetually outdated).

A round of golf has eighteen holes, each made up of varying distances-
Par 3- Shortest holes can be anything between 50 to 300 yards
Par 4- Medium length holes, between 250 to 500 yards
Par 5- Longest holes, between 450 to 700 yards
(Note: There are tons of golf courses around the world, these are average distances).

There's a lots to learn, and you realize that when you jump into the sport.
The question on most lips is probably why corporate typos pump billions of dollars every year into the PGA Tour, European Tour, Asian Tour, etc etc?
Back in the 30s, there were a bunch of guys in America who could play and when I say play I mean play.

They got tired of giving lessons and the sort, and decided to start a Golf Tour, passing the hat around every winter and raising funds. These were guys with names like Bobby Jones, Tommy Armour, and Horton Smith. It caught a bit of steam but never the type to bat too many eyelids.

In the 60s, came a boy from Latrobe,Pennsylvania and forever changed the sport. He chain smoked and willed the ball into the hole.

His golf swing looked like he mined coal for a living,  but the crowds loved him.
Arnie's Army they called themselves- following him wherever his Private jet flew.
Arnold Palmer began the first revolution in golf, inspiring kids everywhere with his brash style. 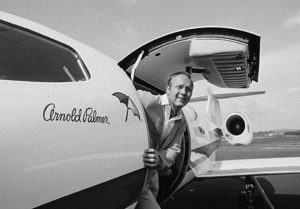 Every hero needs a villain. From Ohio came "Fat Jack", humming "Jamaica Farewell" on his way to eighteen majors over a span of 25 years.

Everyone is still chasing him.

Let me pause for a second, you have approximately forty tournaments a year on the PGA Tour in America- stuff like The Portland Classic, The Hawaiian Open, etc.
There's four times a year it gets real special.

A pro would do nothing less than trade his wife, mistress, kids and all the Hawaiian opens he's won to win one of the special four.

Apart from the Masters, the other three are held in different locations every year.
If tomorrow, the sponsors decide to stop funding tournaments, what would the pros do? Sit around and play the guitar or something?

The ego of a Corporate CEO isn't as big as a golf hole. These guys have no idea how the pros put the ball in the hole day in and day out.

You wonder why these guys always seem to be gypsies, chasing the sun(or flag more appropriately).

The pros play 72 holes a tournament, and there comes a concept of a "cut" after 36. If you don't make that they don't make any money for the week.
You have a few quiet dinners with Mr Ramada and fly off to the next site.

That's why they're gypsies smelling so good, working their butt off- you never know when the golden goose is going to lay another one.

In retrospect, you can make a very good living without ever winning a tournament, as long as you finish within the top 15o of the money list every year (miss that, and its another story).

The year was 1997. Just the year before, Great White Choke was in the restroom after the third round of the Masters, carrying a 6 shot lead into the final round.

His friend next to him said "Greg, even you can't piss this one away".
By god, he did, shooting 76 to hand a certain Nick Faldo his third green jacket.
Golf's hard.

The game needed a shot in the arm. A messiah. Our version of Martin Luther King, leading from the front.

Enter Eldrick Tont Tiger Woods. Son of a green beret, you've heard the story before.
Contracts with Nike and Titleist before he hit his first shot as a pro hit 150 million dollars. Corporate America gleefully said, "He's sold his soul to devil".

In his first pro major at The Masters, he swept the competition. "Boy among men, teaching the men how to play" "Raised the bar".

He shunned Jackie Robinson's wife (first athlete to break the color bar) and refused an invite from then President of America Bill Clinton.
But he was it.

He would pluck majors as if they were Sunday Monthly Medals at your local club.
The game grew ten-fold. Kids wore the famed Nike Sunday Red and played the game to imitate the famous fist pump. Purses grew astronomically.

Golf had come of age. 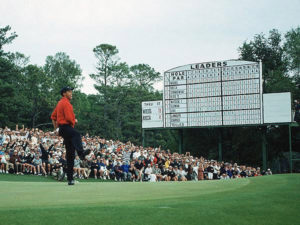 Fast forward to 2015 we have seen the growth of not only the game, but also the charity drive.
While Jordan Spieth was making Augusta National his personal playground, much of the attention focused on his giving back to where he came from.
The Jordan Spieth Shootout and charity concert focused on three key areas- Junior Golf, Military Families, and Special needs youths.
The inspiration for the Foundation was his younger sister Elle, born with neurological challenges- and is a constant source of motivation for Jordan.

The PGA Tour Charities support more than 3,000 charities involving key areas in Environment , Youth, Military and much more- all in the name of the game we love.

United Way is a global organisation- on opening their website the interactive map makes me feel like Indiana Jones.
US of A, Jakarta, Johannesburg, Melbourne, Christchurch, and it goes on.

Their key focuses on areas such as Human Trafficking, Learning, and aging.

When my Golf Captain Mr Joydeep Duttagupta called me one sleepy afternoon and asked me to play The UnitedWay Kolkata : Golf for a cause, the name struck with me.

Lady luck flashed her pearly whites on that morning, as my partner Prawal Tulsiyan and I won the inaugural edition over close friends Mayukh Ray and Harmander Bindra.

However, later that evening I could assure you- charity was the clear winner. 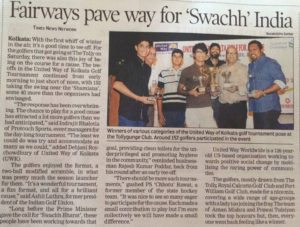 There's a saying "You can take the boy out of Calcutta, but you can't take Calcutta out of the boy".

With that being said, United Way is doing in Calcutta what the PGA Tour Charities do every year.

The tournament, held over a single day, was a statement- putting UnitedWay on the Golf Map at The Tollygunge Club.

When anxiously asked by Sonali, we roared our approval at their perfect hosting of an event of such a magnitude.

Here's to golf in the name of charity in fair Calcutta!